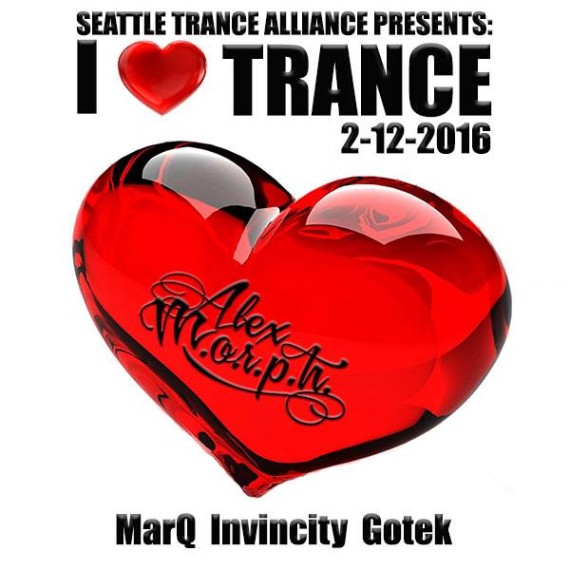 As one of the leading DJs/producers in the global dance music scene, Alex M.O.R.P.H.’s popularity is on the rise like never before! With outstanding releases like “An Angel’s Love”, “Life Less Ordinary” or “Sunset Boulevard” and remixes/co-ops with and for artists like Armin van Buuren, Paul van Dyk, Within Temptation, Faithless, Gareth Emery, Dash Berlin, Protoculture and many more, he’s always one step ahead in quality and energetic like noone else!

Through various producer aliases, Alex M.O.R.P.H. was able to establish and redefine himself and his sound again and again, delivering a big palette of highly respected quality productions and remixes over the years.

One of his first huge impacts on the dance floors was the 2007 mega-smasher ‘Life Less Ordinary’ together with the famous Dutch duo Rank 1, which resulted in a tremendous hype all over the
world and burned the name Alex M.O.R.P.H. into the trance world map once and for all. Reason enough for Paul van Dyk to lock up Alex in his studio, producing 2 van Dyk/M.O.R.P.H. collaborations for PvD’s 2007 hit album ‘In Between’. Together with Armin van Buuren and Ana Criado, he created the Triple A project, with the beautiful ‘Winter Stayed’ as a result. Numerous of his singles and co-ops caused a buzz in the scene; ‘Turn It On’, ‘Unification’, ‘New Harvest’, ‘I Love Trance’ and his biggest anthem to date ‘An Angel’s Love’ underline the ever rising career of this exceptional artist.

As a DJ, Alex M.O.R.P.H. knows exactly how to keep the crowd going and how to interact with his fans. His experience is truly impressive, with past and upcoming gigs at all major club events and world leading festivals like A State Of Trance, Electronic Family Festival, Mayday, Gatecrasher, Nature One, Soundtropolis, Cream Ibiza, Stadium of Sound, and many, many more…

Alex is also the co-founder & co-host of the global radio & event concept HeavensGate. Together with his longtime partner Woody van Eyden (as a B2B DJ team they were voted into the DJ Mag
Top100 of 2008!), they present their weekly radio show on a network of over 50 high profile radio stations around the world and gain more and more fans rapidly. Their own HeavensGate events (Boat Party, several Loveparade floats and official afterparties, HeavensGate happenings in Malaysia, Scotland, Ibiza and other hotspots) are an important indicator of the growing popularity and fan base.

With a massive production list and an amount of more than 120 remixes, Mr. M.O.R.P.H. is in demand more than ever, producing and remixing with and for other artists like Faithless,
Armin van Buuren and Dash Berlin, which proves that Alex M.O.R.P.H. needs sleepless nights and rush full days to fulfill his engagement to the scene. His sound and remix-skills can be heard on the ‘Hands On Armada’ compilation, on which Alex takes over 7 years of Armada classics and makes them completely fit for today’s clubs.

In 2009, as he entered the DJ Mag Top100 again, it was finally time to unleash his highly awaited debut artist album ‘Purple Audio’ which included club smashers like ‘Sunset Boulevard’, ‘Photograph’ and ‘Purple Audio’. The album resulted in an overwhelming success and the ‘Purple Audio Worldtour’ went really fantastic. The remixed version of his debut album, called ‘Purple Audio Reloaded’, featuring remixes of the original album tracks by high-profile artists like Menno de Jong, Estiva, Signum, Woody van Eyden and many more found its way to the record stores in the mid of 2010.

Touring the world and producing his album kept Alex busy over the years, and in the summer of 2012, the charismatic DJ and producer proudly presented the long-awaited follow-up to his debut album ‘Purple Audio’. Included 17 originals it was ‘Prime Mover’ that marked another successful year for the German master, showing all facades of his palette of sounds and unleashed more M.O.R.P.H., collaborating with the likes of Protoculture, Woody van Eyden, Claudia Cazacu and singers Christian Burns, Sylvia Tosun, Tiff Lacey and many more. ‘Prime Mover’ was Alex M.O.R.P.H.’s audio translation of taking the next step. And it was a big one, followed by a massive ‘Prime Mover’ remix album including interpretations by artists like Solarstone, Maarten de Jong, Shogun and many more!